免费下载
摘要：通过Do you agree or disagree with the following statement:Parents now spend too much time on determining the futures of their children; children should be allowed to make their own choices.这篇托福范文分享我们可以看到，优秀的托福独立写作案例一定是观点明确、思路清晰、论据有利、逻辑严明。 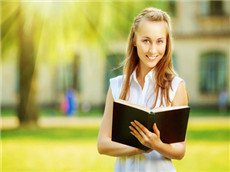 Do you agree or disagree with the following statement:

Parents now spend too much time on determining the futures of their children; children should be allowed to make their own choices.

It is arguable that children should be allowed to make their own choices as they grow up, and it is doubtful the wisdom of parents spending too much time on determining the uncertain future of their children. More wisely, parents are responsible for preparing their children for the future rather than preparing the future for their children. For that matter, what is important is to allow children to have a good education and not to handicap children by making their lives seem easy.

Providing children with a good educational environment to learn life skills is preparing them to meet the challenges in the new world to come. In this changing society beyond prediction, children need to acquire ways and means through education to survive and thrive in the future. Nowadays, to pave the way for their children to have a rosier future, many parents are inclined to have their children go through higher education. The decision being the same, the reason behind may be either that parents did go to college themselves or that they did not. Whatever, what matters is preparing children for the future but not the reverse. Just because parents have great influence on their children, it does not mean that the older generation must determine the younger generation's future things.

To prevent children from being lazy in making career choices, it is advisable to encourage them to find their own career paths. In some cases, setting the future ready for their children is like making children's lives seem easy, without having to think and to work on their own terms. Given that following in parents' footprints is understandable, not all doctors should expect their children to become doctors as well, being completely indifferent to their children's own choices that may better fit. Often, the idea is to allow their children freedom to choose other work which they consider as more worth doing. It is because only when children begin knowing where their different passions lie can they make self-motivated efforts to achieve their professional goals. In other words, determining children's futures at an early stage may be wishful thinking since not every child wants to become a future doctor, or lawyer, or scientist, artist, musician, or whatever.

In conclusion, it is better to give children an education as the best way to prepare them for a future, and as well to avoid children from feeling easy for a parents-determined future. Parents should let children have no illusion of easy success in a world that is in constant change and increasingly becoming competitive. Therefore, enough is enough; spending too much time on determining children's futures is not as realistic as allowing them to make their own choices.