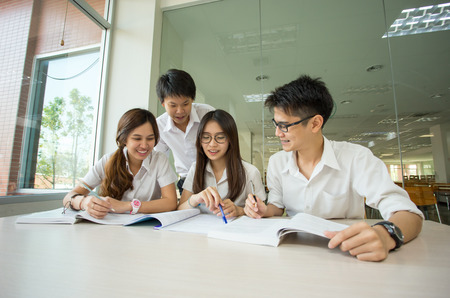 Deer Populations of the Puget Sound

Two species of deer have been prevalent in the Puget Sound area of Washington State in the Pacific Northwest of the United States. The black-tailed deer, a lowland, west-side cousin of the mule deer of eastern Washington, is now the most common. The other species, the Columbian white-tailed deer, in earlier times was common in the open prairie country; it is now restricted to the low, marshy islands and flood plains along the lower Columbia River.

Nearly any kind of plant of the forest understory can be part of a deer's diet. Where the forest inhibits the growth of grass and other meadow plants, the black-tailed deer browses on huckleberry, salal, dogwood, and almost any other shrub or herb. But this is fair-weather feeding. What keeps the black-tailed deer alive in the harsher seasons of plant decay and dormancy? One compensationfor not hibernating is the built-in urge to migrate. Deer may move from high-elevation browse areas in summer down to the lowland areas in late fall. Even with snow on the ground, the high bushy understory is exposed; also snow and wind bring down leafy branches of cedar, hemlock, red alder, and other arboreal fodder.

The numbers of deer have fluctuated markedly since the entry of Europeans into Puget Sound country. The early explorers and settlers told of abundant deer in the early 1800s and yet almost in the same breath bemoaned the lack of this succulent game animal. Famous explorers of the north American frontier, Lewis and Clark arrived at the mouth of the Columbia River on November 14, 1805, in nearly starved circumstances. They had experienced great difficulty finding game west of the Rockies and not until the second of December did they kill their first elk. To keep 40 people alive that winter, they consumed approximately 150 elk and 20 deer. And when game moved out of the lowlands in early spring, the expedition decided to return east rather than face possible starvation. Later on in the early years of the nineteenth century, when Fort Vancouver became the headquarters of the Hudson's Bay Company, deer populations continued to fluctuate. David Douglas, Scottish botanical explorer of the 1830s, found a disturbing change in the animal life around the fort during the period between his first visit in 1825 and his final contact with the fort in 1832. A recent Douglas biographer states:" The deer which once picturesquely dotted the meadows around the fort were gone [in 1832], hunted to extermination in order to protect the crops.

Reduction in numbers of game should have boded ill for their survival in later times. A worsening of the plight of deer was to be expected as settlers encroached on the land, logging, burning, and clearing, eventually replacing a wilderness landscape with roads, cities, towns, and factories. No doubt the numbers of deer declined still further. Recall the fate of the Columbian white-tailed deer, now in a protected status. But for the black-tailed deer, human pressure has had just the opposite effect. Wildlife zoologist Helmut Buechner(1953), in reviewing the nature of biotic changes in Washington through recorded time, says that "since the early 1940s, the state has had more deer than at any other time in its history, the winter population fluctuating around approximately 320,000 deer (mule and black-tailed deer), which will yield about 65,000 of either sex and any age annually for an indefinite period."

The causes of this population rebound are consequences of other human actions. First, the major predators of deer—wolves, cougar, and lynx—have been greatly reduced in numbers. Second, conservation has been insured by limiting times for and types of hunting. But the most profoundreason for the restoration of high population numbers has been the fate of the forests. Great tracts of lowland country deforested by logging, fire, or both have become ideal feeding grounds of deer.In addition to finding an increase of suitable browse, like huckleberry and vine maple, Arthur Einarsen, longtime game biologist in the Pacific Northwest, found quality of browse in the open areas to be substantially more nutritive. The protein content of shade-grown vegetation, for example, was much lower than that for plants grown in clearings.