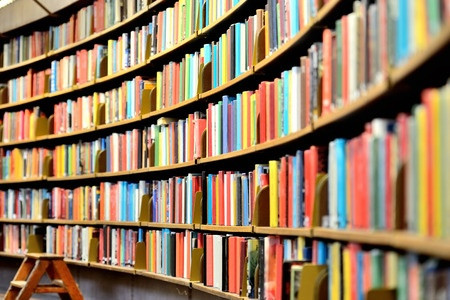 The transition from forest to treeless tundra on a mountain slope is often a dramatic one. Within a vertical distance of just a few tens of meters, trees disappear as a life-form and are replaced by low shrubs, herbs, and grasses. This rapid zone of transition is called the upper timberline or tree line. In many semiarid areas there is also a lower timberline where the forest passes into steppe or desert at its lower edge, usually because of a lack of moisture.

The upper timberline, like the snow line, is highest in the tropics and lowest in the Polar Regions. It ranges from sea level in the Polar Regions to 4,500 meters in the dry subtropics and 3,500-4,500 meters in the moist tropics. Timberline trees are normally evergreens, suggesting that these have some advantage over deciduous trees (those that lose their leaves) in the extreme environments of the upper timberline. There are some areas, however, where broadleaf deciduous trees form the timberline. Species of birch, for example, may occur at the timberline in parts of the Himalayas.

At the upper timberline the trees begin to become twisted and deformed. This is particularly true for trees in the middle and upper latitudes, which tend to attain greater heights on ridges, whereas in the tropics the trees reach their greater heights in the valleys. This is because middle- and upper- latitude timberlines are strongly influenced by the duration and depth of the snow cover. As the snow is deeper and lasts longer in the valleys, trees tend to attain greater heights on the ridges, even though they are more exposed to high-velocity winds and poor, thin soils there. In the tropics, the valleys appear to be more favorable because they are less prone to dry out, they have less frost, and they have deeper soils.

There is still no universally agreed-on explanation for why there should be such a dramatic cessation of tree growth at the upper timberline. Various environmental factors may play a role. Too much snow, for example, can smother trees, and avalanches and snow creep can damage or destroy them. Late-lying snow reduces the effective growing season to the point where seedlings cannot establish themselves. Wind velocity also increases with altitude and may cause serious stress for trees, as is made evident by the deformed shapes at high altitudes. Some scientists have proposed that the presence of increasing levels of ultraviolet light with elevation may play a role, while browsing and grazing animals like the ibex may be another contributing factor. Probably the most important environmental factor is temperature, for if the growing season is too short and temperatures are too low, tree shoots and buds cannot mature sufficiently to survive the winter months.

Above the tree line there is a zone that is generally called alpine tundra. Immediately adjacent to the timberline, the tundra consists of a fairly complete cover of low-lying shrubs, herbs, and grasses, while higher up the number and diversity of species decrease until there is much bare ground with occasional mosses and lichens and some prostrate cushion plants. Some plants can even survive in favorable microhabitats above the snow line. The highest plants in the world occur at around 6,100 meters on Makalu in the Himalayas. At this great height, rocks, warmed by the sun, melt small snowdrifts.

The most striking characteristic of the plants of the alpine zone is their low growth form. This enables them to avoid the worst rigors of high winds and permits them to make use of the higher temperatures immediately adjacent to the ground surface. In an area where low temperatures are limiting to life, the importance of the additional heat near the surface is crucial. The low growth form can also permit the plants to take advantage of the insulation provided by a winter snow cover. In the equatorial mountains the low growth form is less prevalent.