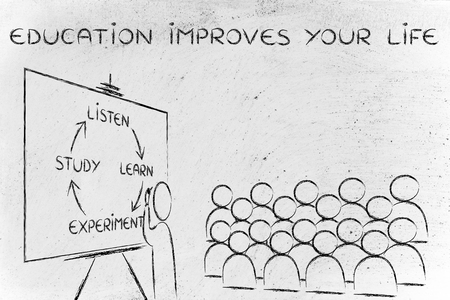 Listen to part of a talk in a philosophy class.

Professor: ... Ok, so let's continue our discussion about the philosophical beliefs that emerged during the Enlightenment period. As you know, the Enlightenment was a historical period when many philosophers broke away from the religious explanations of the world, and looked toward science as a more reasonable explanation of phenomena. This was during the late eighteenth century.

As most of you know, in philosophy, one idea leads to the next, and philosophers who come later like to reinvestigate older ideas and change them to fit into a new explanation. They also liked to criticize each other. This academic criticism led to a different philosophical movement that came out of Germany and was called Idealism. Today we are going to look at a particular philosopher who is regarded as the founder of German Idealism. Immanuel Kant is considered to be the first German idealist. 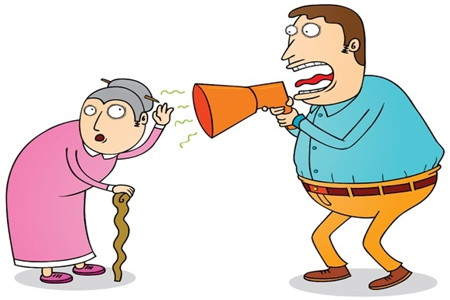 Student 1: Excuse me professor, I am not clear what idealism means. I read the chapter in the book, but I don't really understand it. Could you explain it please?

Professor: Sure, yes, let's backtrack a bit. In philosophy, to be an idealist is a little bit different than the way we use it in regular conversation. The philosophical meaning of idealism is that we do not directly know objects. We can only directly know ideas. I mean, ideas are like imprints, which are like the pictures of these objects in our minds. For example, take fire. We can see fire, so we have a picture of it in our minds. We can touch fire, so we know that it is hot, but sight and touch are sensations. We know the picture of fire in our minds and we know the idea of heat in our minds but not the fire itself. Idealists were a group of philosophers that believed we could only know the ideas in our minds, not the objects they represent. All we really know are the ideas. This was the basic theory of how human beings understand the world according to idealists.

Student 1: I think it means that we can only really know our ideas for sure. Everything else might exist but we can't claim to really know it because it is not a part of us.

There were many philosophers that were idealists, but let's get back to Kant.

Now, Where was I?

Right... umm... In the later part of the 1700s, Kant criticized both the rational philosophers who believed that reason could lead to understanding, and the empirical philosophers, who believed that we only learn through observation and experience. He tried to bring the two groups of thinkers together in his own form of idealism. He believed that we had certain ways of looking at the world in our minds, and that we could predict certain patterns by using reason, but he also claimed that there are things that we can only really know though experience. We cannot predict everything that we will encounter in the world. He claimed that both reason and experience were important.

Question: What is true about Idealism? Choose 2 answers.

A. It is a way of understanding physics.

B. It was based on scientific thought.

这段对话中，Professor说："As you know, the Enlightenment was a historical period when many philosophers broke away from the religious explanations of the world, and looked toward science as a more reasonable explanation of phenomena."同时他也给出了理想主义的定义，"The philosophical meaning of idealism is that we do not directly know objects. We can only directly know ideas."

Some tips about Multi-Select Multiple Choice: