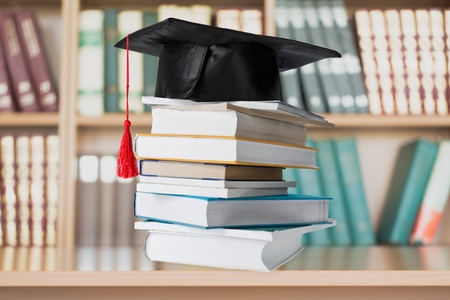 （1） 位于段首
Ok, so it’s really important to find out what people want, what’s useful to them, before we develop new technologies, which brings me to the next point about new computing: that designs should be not only useful, but also user-friendly. Besides usefulness, usability is important. The idea that computer programs, accessories, websites, really anything related to your computer should be easy to use. Sounds simple, I know. The term user-friendly has been around for years. The problem is we don’t always create things that are easy for users to use. Take websites: many of you have probably been on websites that were really confusing. You couldn’t find the information you were looking for or there was so much information on the site that you just gave up. Again, this is where thinking like Da Vinci can help. The goal is to solve problems, not create new ones. Those websites might be really easy for their designers to navigate, but they aren’t the ones who need to use the sites. So again, designers need to involve the users from the beginning to find out their expectations and what kind of tasks they want to perform.
（2） 位于段尾
And it only gets better! You see under each of the buildings, architects designed a broad, shallow basement space that’s kind of like a maze. Air, either from within the building or from the outside, is pulled into the basement space through air ducts and then forced to move slowly around concrete barriers. The air is sort of guided through the maze. Now these concrete barriers, they absorb heat from the air if the air is warm or if the air is cold, the cold is absorbed into the concrete, so it could be either way. Let’s say it’s hot air; hot waste air being pulled in from the computer rooms, say. Well, that air moves slowly back and forth around these barriers. In this particular situation then, the heat from the incoming air is transferred to the concrete, which then holds onto it, storing the heat until later when it’s slowly released throughout the building. That’s the concept of thermal mass in a nutshell.
（3） 位于段中
位于段中的主题句起承上启下的作用,这类主题句多起转折作用,一般由“but, however,yet, anyhow, nevertheless”等词连接,用于引起下文。
The “meshing hypothesis” has influenced a lot of schools in the United States, which have spent a lot of money to determine how individual students prefer to learn and also to purchase materials for teaching the students by targeting their individual learning styles. But, is there any evidence to support the hypothesis? Well, teachers do tell lots of anecdotes, stories, about how their students learn best; but as for solid evidence from scientific studies… well, a recent journal article concludes it doesn’t amount to much. The article was written by four psychologists, who looked at the experimental research that has been done on the “meshing hypothesis”. They wanted to see how well students did when the learning style of each student was identified, and then all the students were randomly divided into classes where the teaching was based on one particular learning style or another. The only really valid proof of the “meshing hypothesis” they argued would be to give the same test to all the students at the end of the course and see whether students of the class that matched their learning style generally outperformed the students in the class that didn’t match the learning style. As it turned out sometimes performance matched up with students learning style and sometimes it didn’t.
特别申明：本文内容来源网络，版权归原作者所有，如有侵权请立即与我们联系contactus@zhan.com，我们将及时处理。
托福听力提升 托福听力技巧
分享到 :
预备段
基础段
强化段
高分段
精讲冲刺段
查看更多课程