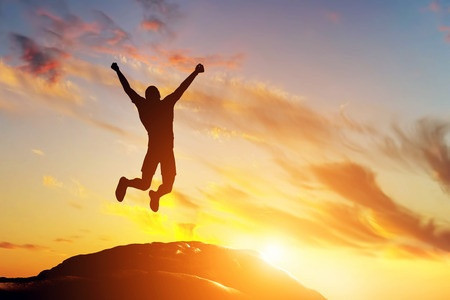 One of the most important changes in Greece during the period from 800 B.C. to 500 B.C. was the rise of the polis, or city-state, and each polis developed a system of government that was appropriate to its circumstances. The problems that were faced and solved in Athens were the sharing of political power between the established aristocracy and the emerging other classes, and the adjustment of aristocratic ways of life to the ways of life of the new polis. It was the harmonious blending of all of these elements that was to produce the classical culture of Athens.

1. Paragraph 1 supports which of the following statements about the Greek city- states? 【事实信息题】

A. Most city-states followed the model provided by Athens.

B. Most city-states were based on aristocratic rule.

C. Different types of government and organization were used by different city- states.

Entering the polis age, Athens had the traditional institutions of other Greek proto-democratic states: an assembly of adult males, an aristocratic council, and annually elected officials. Within this traditional framework the Athenians, between 600 B.C. and 450 B C., evolved what Greeks regarded as a fully fledged democratic constitution, though the right to vote was given to fewer groups of people than is seen in modem times.

2. According to paragraph 2, Athens had all of the following before becoming a city- state EXCEPT 【否定事实信息题】

A. a council made up of aristocrats

B. an assembly made up of men

C. a constitution that was fully democratic

D. officials who were elected yearly

The first steps toward change were taken by Solon in 594 B C，when he broke the aristocracy's stranglehold on elected offices by establishing wealth rather than birth as the basis of office holding, abolishing the economic obligations of ordinary Athenians to the aristocracy, and allowing the assembly (of which all citizens were equal members) to overrule the decisions of local courts in certain cases. The strength of the Athenian aristocracy was further weakened during the rest of the century by the rise of a type of government known as a tyranny, which is a form of interim rule by a popular strongman (not rule by a ruthless dictator as the modern use of the term suggests to us). The Peisistratids, as the succession of tyrants were called (after the founder of the dynasty. Peisistratos), strengthened Athenian central administration at the expense of the aristocracy by appointing judges throughout the region, producing Athens’ first national coinage, and adding and embellishing festivals that tended to focus attention on Athens rather than on local villages of the surrounding region. By the end of the century, the time was ripe for more change the tyrants were driven out, and in 508 B C a new reformer, Cleisthenes gave final form to the developments reducing aristocratic control already under way.

3. According to paragraph 3, an important effect of making wealth the basis of office holding was to 【事实信息题】

A. make fewer people qualified to be members of the assembly

B. make it possible for non-aristocrats to hold office

解析：根据原文and allowing the assembly (of which all citizens were equal members) to overrule the decisions of local courts in certain cases.可知所有的公民在某些情况下都有权去否决地方法院的决定，其中allowing对应B选项中的make it possible.所以B选项正确。